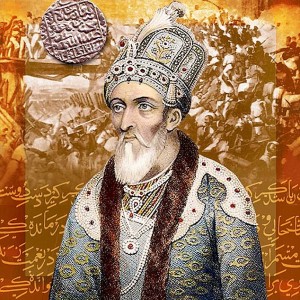 Mughal dynasty, Mughal also spelled Mogul, Arabic Mongol, Muslim dynasty of Turkic-Mongol origin that ruled most of northern India from the early 16th to the mid-18th century, after which it continued to exist as a considerably reduced and increasingly powerless entity until the mid-19th century. The Mughal dynasty was notable for its more than two centuries of effective rule over much of India, for the ability of its rulers, who through seven generations maintained a record of unusual talent, and for its administrative organization. A further distinction was the attempt of the Mughals, who were Muslims, to integrate Hindus and Muslims into a united Indian state.

The dynasty was founded by a Chagatai Turkic prince named Bābur (reigned 1526–30), who was descended from the Turkic conqueror Timur on his father’s side and from Chagatai, second son of the Mongol ruler Genghis Khan, on his mother’s side. Ousted from his ancestral domain in Central Asia, Bābur turned to India to satisfy his appetite for conquest. From his base in Kabul he was able to secure control of the Punjab, and in 1526 he routed the forces of the Delhi sultan Ibrāhīm Lodī at the First Battle of Panipat. The following year he overwhelmed the Rajput confederacy under Rana Sanga of Mewar, and in 1529 he defeated the Afghans of eastern Uttar Pradesh and Bihar. At his death in 1530 he controlled all of northern India from the Indus River on the west to Bihar on the east and from the Himalayas south to Gwalior.

Bābur’s son Humāyūn (reigned 1530–40 and 1555–56) lost control of the empire to Afghan rebels, but Humāyūn’s son Akbar (reigned 1556–1605) defeated the Hindu usurper Hemu at the Second Battle of Panipat (1556) and thereby reestablished his dynasty in Hindustan. The greatest of the Mughal emperors and an extremely capable ruler, Akbar reestablished and consolidated the Mughal Empire. Through incessant warfare, he was able to annex all of northern and part of central India, but he adopted conciliatory policies toward his Hindu subjects and sought to enlist them in his armies and government service. The political, administrative, and military structures that he created to govern the empire were the chief factor behind its continued survival for another century and a half. At Akbar’s death in 1605 the empire extended from Afghanistan to the Bay of Bengal and southward to Gujarat and the northern Deccan.

Akbar’s son Jahāngīr (reigned 1605–27) continued both his father’s administrative system and his tolerant policy toward Hinduism and thus proved to be a fairly successful ruler. His son, Shah Jahān (reigned 1628–58), had an insatiable passion for building, and under his rule the Taj Mahal and the Great Mosque of Delhi, among other monuments, were erected. His reign marked the cultural zenith of Mughal rule, but his military expeditions brought the empire to the brink of bankruptcy. Jahāngīr’s tolerant and enlightened rule stood in marked contrast to the Muslim religious bigotry displayed by his more orthodox successor,Aurangzeb (reigned 1658–1707). Aurangzeb annexed the Muslim Deccan kingdoms of Bijapur and Golconda and thereby brought the empire to its greatest extent, but his political and religious intolerance laid the seeds of its decline. He excluded Hindus from public office and destroyed their schools and temples, while his persecution of the Sikhs of the Punjab turned that sect against Muslim rule and roused rebellions among the Rajputs, Sikhs, and Marathas. The heavy taxes he levied steadily impoverished the farming population, and a steady decay in the quality of Mughal government was thus matched by a corresponding economic decline. When Aurangzeb died in 1707, he had failed to crush the Marathas of the Deccan, and his authority was disputed throughout his dominions.

During the reign of Muḥammad Shah (1719–48), the empire began to break up, a process hastened by dynastic warfare, factional rivalries, and the Iranian conqueror Nādir Shah’s brief but disruptive invasion of northern India in 1739. After the death of Muḥammad Shah in 1748, the Marathas overran almost all of northern India. Mughal rule was reduced to only a small area around Delhi, which passed under Maratha (1785) and then British (1803) control. The last Mughal, Bahādur Shah II (reigned 1837–57), was exiled to Yangon, Myanmar (Rangoon, Burma) by the British after his involvement with the Indian Mutiny of 1857–58.