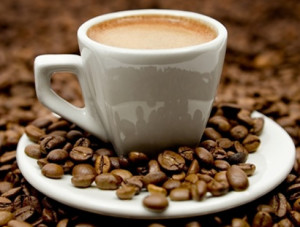 Coffee is the second most important beverage crop of India next only to tea. It is indigenous to Abyssinia Plateau (Ethiopia) from where it was taken to Arabia in 11th century. From Arabia, its seeds were brought to India by Baba Budan in the 17th Century and were raised in the Baba Budan Hills of Karnataka.

British planters took keen interest in coffee plantations and large coffee estates were established near Chikmagalur (Karnataka) in 1826, in Manantody (Wynad) and Shevoroys in 1830 and Nilgiris in 1839. Currently, there are over 52,000 coffee gardens giving employment to 2.5 million persons.

Coffee plant requires hot and humid climate with temperature varying between 15°C and 28 °C and rainfall from 150 to 250 cm. It does not tolerate frost, snowfall, high temperature above 30°C and strong sun shine and is generally grown under shady trees. Prolonged drought is also injurious to coffee. Dry weather is necessary at the time of ripening of the berries.

Stagnant water is harmful and this crop is grown on hill slopes at elevations from 600 to 1,600 metres above sea level. Northern and eastern aspects of slopes are preferred as they are less exposed to strong afternoon sun and the south- west monsoon winds. Well drained, rich friable loams containing good deal of humus and minerals like iron and calcium are ideal for coffee cultivation.

The soil must be properly manured to retain and replenish fertility and to increase productivity. Coffee cultivation requires plenty of cheap and skilled labour for various operations including sowing, transplanting, pruning, plucking, drying, grading and packing of coffee.

Coffee Arabica and Coffee Robusta are the two main varieties of coffee grown in India accounting for 49 per cent and 51 per cent of area respectively under coffee.

The restricted agro-climatic conditions have forced the coffee plantations to confine themselves to small area in south India comprising hill areas around Nilgiris. Almost the entire production is shared by three states namely Karnataka, Kerala and Tamil Nadu .

Karnataka is the largest producer accounting for about 70 per cent of total coffee production and 60 per cent of the area under coffee in India. This state also gives the highest yield of 10.3 quintals/hectare. Most of the 4,650 plantations are at about 1,370 metres above sea level where annual rainfall is 125-150 cm.

Kodagu and Chikmagalur account for over 80 per cent of the state s total output. The other important coffee producing districts are Shimoga, Hassan and Mysore. Kerala is the second largest producer of coffee but lags far behind, accounting only for about 23.27 per cent of the total production of the country. Its yield of 7.9 quintals/hectare is also low as compared to 10.3 quintals/hectare of Karnataka.

Most of the coffee plantations are at an altitude of 1,200 m where annual rainfall is over 200 cm. Kozhikode, Waynad, Malappuram, Kollam, Kannur and Palakkad are the chief producing districts. Tamil Nadu is the third largest producer where India’s 6 per cent coffee is produced. About half of Tamil Nadu’s coffee is produced in Nilgiri district. The other districts are Madurai, Tirunelveli, Salem and Coimbatore.

Some coffee is also grown in Satara and Ratnagiri districts of Maharashtra. In line with the national policy of tribal development, coffee cultivation is being encouraged in such non-traditional areas as Andhra Pradesh, Orissa, Maharashtra, the north-eastern states and Andaman and Nicobar Islands.

Among the plantation crops, coffee has made significant contribution to the Indian economy during the last 50 years. Although India contributes only a small per cent of the world production, Indian coffee has created a niche for itself in the international market, particularly Indian Rebustas which are highly preferred for their good blending quality.

Arabic coffee is also well received in the international market. In short Indian coffee is well known for its quality and is much in demand in the international market. Therefore, India exports coffee to a large number of countries including U.K., the U.S.A., Russia, Australia, Iraq and a large number of countries of continental Europe.