Indian Frontiers is a specialist tour operator and a destination management company that offers thematic tours based on the subject of ‘British in India’. Our micro-specialisations within this genre range from architecture, politics, administration, personalities, wars and cemeteries, and each of it is well-researched, experimented and experienced before being brought forth. Be it ready-made tours or tailored ones, all the tours offered by Indian Frontiers are based on in-depth knowledge and research. Indian Frontiers does not encourage volumes in business, and consciously restricts its operations, thereby ensuring personal touch and attending to each guest personally at all levels and at each destination. If it’s British History in India, it has to be with Indian Frontiers.

The philosophy behind Indian Frontiers is to always be on the move, to experience and experiment products and services before bundling them into a tour and offering it to our discerning clients. We understand individual need and re-design even our brochure programmes to suit the individual taste and requirements. The core competence of our being comes from not only being a thorough professional, but also an amicable individual who respects individuality and understands the diverse needs of today’s travellers. 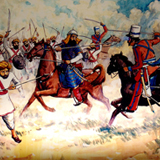 Remembering the Indian Mutiny (Tour Code: IN/002) – It was 1857 when a gruesome sepoy mutiny took shape in India, resulting in untimely deaths of not only the British troops but also lady wives and innocent children. Now after 162 years we revisit the places that saw the bloodiest of blood sheds in the pages of the British history. Take a remembrance tour through Calcutta, Serampore, Barrackpore, Delhi, Meerut, Kanpur, Lucknow, Jhansi, Orcha, Gwalior and Agra for 16/17 days. 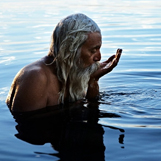 The trail of the Ganges

The Trail of the Ganges (Tour Code: IN/003) – We take you through the journey of the Holiest river, ‘The Ganges’. Follow the trail from its origin till it amalgamates in the Bay of Bengal. Try out journey in the train, by road and of course cruise on the Ganges. You discover and re-discover India through ages in this tour of 20/21 days while traveling to Gaumukh, Gangotri, Rishikesh, Haridwar, Allahabad, Varanasi, Gaya, Patna and Ganga Sagar. Of course Delhi and Kolkata too are included as a gateway and exit destination in India. 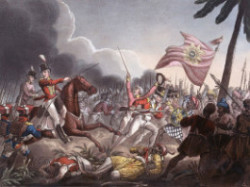 Duke of Wellington’s Trail (Tour Code: IN/023) – To the vast majority of the general public Arthur Wellesley, First Duke of Wellington, is remembered as the victor of Waterloo in 18 June 1815. Those with a little more knowledge will recall him as the man who commanded Britain’s army in the Peninsular War and who beat everything that the French could throw at him in Portugal and Spain between 1808 and 1814. Not many, however, will know that in 1796 Arthur Wellesley (Duke of Wellington) sailed for India as a 27 year old Colonel in command of the 33rd Regiment of Foot.